In 2016, I spent a year living in Santiago, Chile as part of my degree. Amongst the many aspects of Chilean culture that captivated me throughout my time there, two elements particularly stood out for me. One was the incredible influence of the copper mining industry and the other was inequality. Chile is one of the developed countries with the highest levels of inequality worldwide, a cultural trend that is both diverse and ever-present. As a woman with a particular interest in gender studies, the specific inequality that stood out to me was the inequality that I observed between men and women and the resulting disparity in cultural expectations placed upon them based on their gender. These observations formed the basis for the research I subsequently carried out upon returning to the U.K. as part of my final year dissertation. I carried out a series of interviews with women working in the Chilean copper mining industry in order to explore the gender relations operating within that space. I discovered that despite reform efforts, the Chilean copper mining industry remains an intensely male-dominated space. What follows is a summary of my findings and analysis.

Historically, the Chilean copper mining industry has been intensely androcentric, placing men at an advantage in terms of power and facilitating the expression of typical forms of masculinity. The gendering of spaces is an important means by which gender relations within a society are constructed and maintained. The inclusion or exclusion of certain genders in or from certain spaces is key in constructing and reinforcing particular ways of being a man or a woman and thus, the relationships between men and women. The Chilean copper mining industry is one of the country’s biggest assets and is hugely influential over Chilean society. Thus, gender relations within the industry both reflect and influence gender relations in the wider Chilean society.

Due to its nature as a vital player in the Chilean economy, the copper industry is considered a primary driver of economic development and thus, a key target for efforts to increase Chile’s low rate of female employment. In addition, thanks to its notable cultural influence, the hope is that if gender equality is encouraged within the industry, these ideals will infiltrate wider Chilean society and improve the position of women nationwide. These industry characteristics provide justification for reform efforts to reduce the male-dominated character of the Chilean copper mining industry. This task has been undertaken by a variety of organisations that include the Chilean government and NGOs operating in mining regions. Examples of these reform efforts include the government program Programa de Capitación Mujer Minera, which was introduced in 2012 and aims to improve access to jobs in the industry for women in multiple mining regions across the country. Additionally, Women In Mining Chile, an international NGO that promotes female participation and empowerment in mining industries worldwide, has created contact networks between women in the industry that have reduced the sense of isolation many women feel and have given them a supportive platform through which they can share experiences, express doubts and ask for advice regarding difficult situations.

However, despite these reform efforts, female participation in the Chilean copper mining industry remains extremely low at 8.2%. My research pointed towards a number of trends and patterns within Chilean culture and society-wide gender relations that infiltrate the behaviour of men and women within the copper mining industry and contribute to its male-dominated nature. These society-wide constructs form broader over-arching structures that are engrained in Chilean customs and norms and govern the way men and women express their gender and interact with one another. For example, all interviewees highlight the problems associated with the manifestation of machismo within the industry. Machismo is a strain of aggressive, exaggerated masculinity that is particularly prevalent in Latin American culture. The extent to which, in Chile, the culture of machismo and copper mining are deeply entwined is clearly evidenced in the interviews. Machismo seems to be a fundamental element to the way in which men in the industry behave, both amongst themselves and towards women. Another overarching cultural norm that constructs and defines gender relations within the industry is the public/private divide which dictates that men occupy the public sphere and women are restricted to the private sphere. The interviewees express that the public/private divide still holds relevance in modern Chilean society and that the dichotomy places an unfair burden on women in the industry in that their ‘traditional responsibility’ to their families inhibits their professional opportunities. These cultural themes are evidently crucial barriers to gender-equality within the industry that legitimise male dominance and female subordination.

In addition, the Chilean copper industry has certain specific characteristics that interact with the aforementioned over-arching cultural constructs to create a barrier to reform. These industry-specific factors compound societal and cultural influences to create a particular set of gender relations operating within the industry, unique to that environment. For example, anti-social shift patterns and remote locations of mining camps place added pressure on women with children. The entire industry is upheld by a patriarchal power structure: men occupy the vast majority of managerial positions while women are restricted to less powerful, less influential roles. This lack of female input into decision-making and the direction of the industry is indicative of its male-dominated nature. Other practical exclusionary factors include lack of suitable bathrooms and uniforms for women. Furthermore, traditional folklore tells that it is bad luck for a woman to enter mines because it is believed that their presence can provoke collapses. This evidences hangovers from cultural legacies that perpetuate female discrimination and male domination within the industry. Thus, we can see that the specific character of mining processes compound cultural constructs to render the industry extremely patriarchal in nature. 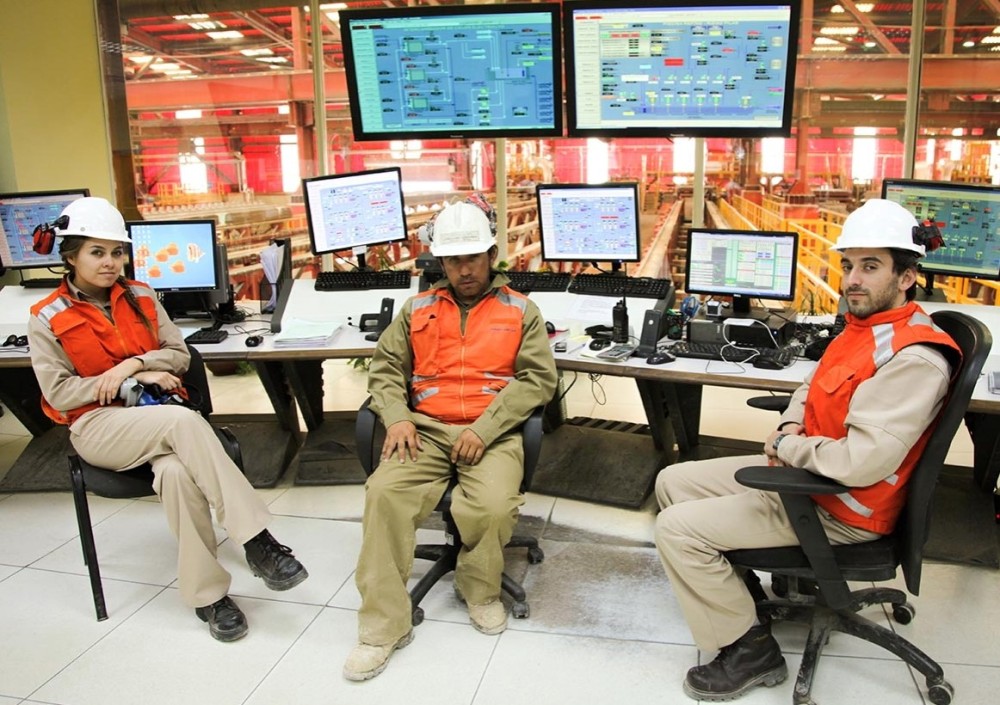 The research collected by this project clearly demonstrates that current reform efforts are not having the desired effect and that the industry remains a male-dominated space. It suggests that future reform efforts should target issues such as machismo and should challenge stereotypes surrounding women’s ability to perform manual labour and women’s traditional responsibility within the domestic sphere. To conclude, the patriarchal power framework upholding the industry demonstrates that there remains a long way to go before gender equality within the Chilean copper industry is reached. However, it is worth acknowledging the limitations of my research. It is unwise to assume that the experience of every woman in the industry is the same. Further study into the effects of other variables such as race, ethnicity, and sexual orientation that intersect to compound the discrimination certain women face would be useful. Another key area in which further research is needed is into the implementation of reform efforts. I did not have access to government or other organisations’ documentation regarding their implementation of reforms that would have enriched my evaluation of their success. Implementation issues could be a factor in the ineffectiveness of reform efforts and this remains an issue that warrants further study.

Thanks very much to Natasha for sharing her original research with us. We’re excited to see how this project progresses and look forward to hearing more about it in the future.

If you have a project you’d like to share with The SALSA Collective, then drop us a line on Twitter @SALSACollective or via email at: hola@thesalsacollective.co.uk.